Prof. Nicholas Mathew of the Department of Music talks about Beethoven's sonata cycle. Free to ticket holders of the performance.

This seminar will present recent advances in models and methods developed for achieving a simulation-based qualification paradigm for laser-based metal additive manufacturing (AM).

Full details about this meeting will be posted here: https://bids.berkeley.edu/events.

I discuss how lnka imperialism was experienced by a small Andean community in the Peruvian Highlands. I argue that lnka imperialism in Huarochiri built upon existing local practices and rituals, as well as the appropriation and redefinition of community organization.

Towards an Artificial Intuition: Conversational Markers of (Anti)Social Dynamics

Can conversational dynamics â the nature of the back and forth between people â predict outcomes of social interactions?Â This talk will describe efforts on developing an artificial intuition about ongoing conversations, by modeling the subtle pragmatic and rhetorical choices of the participants.

The resulting framework distills emerging conversational patterns that can point to the...   More > 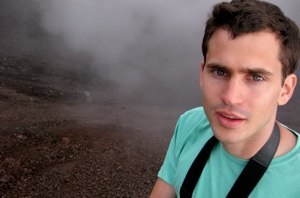 Designing a Future with ML + UX

As AI and ML shape technology, how do we ensure that products are designed by and for people? 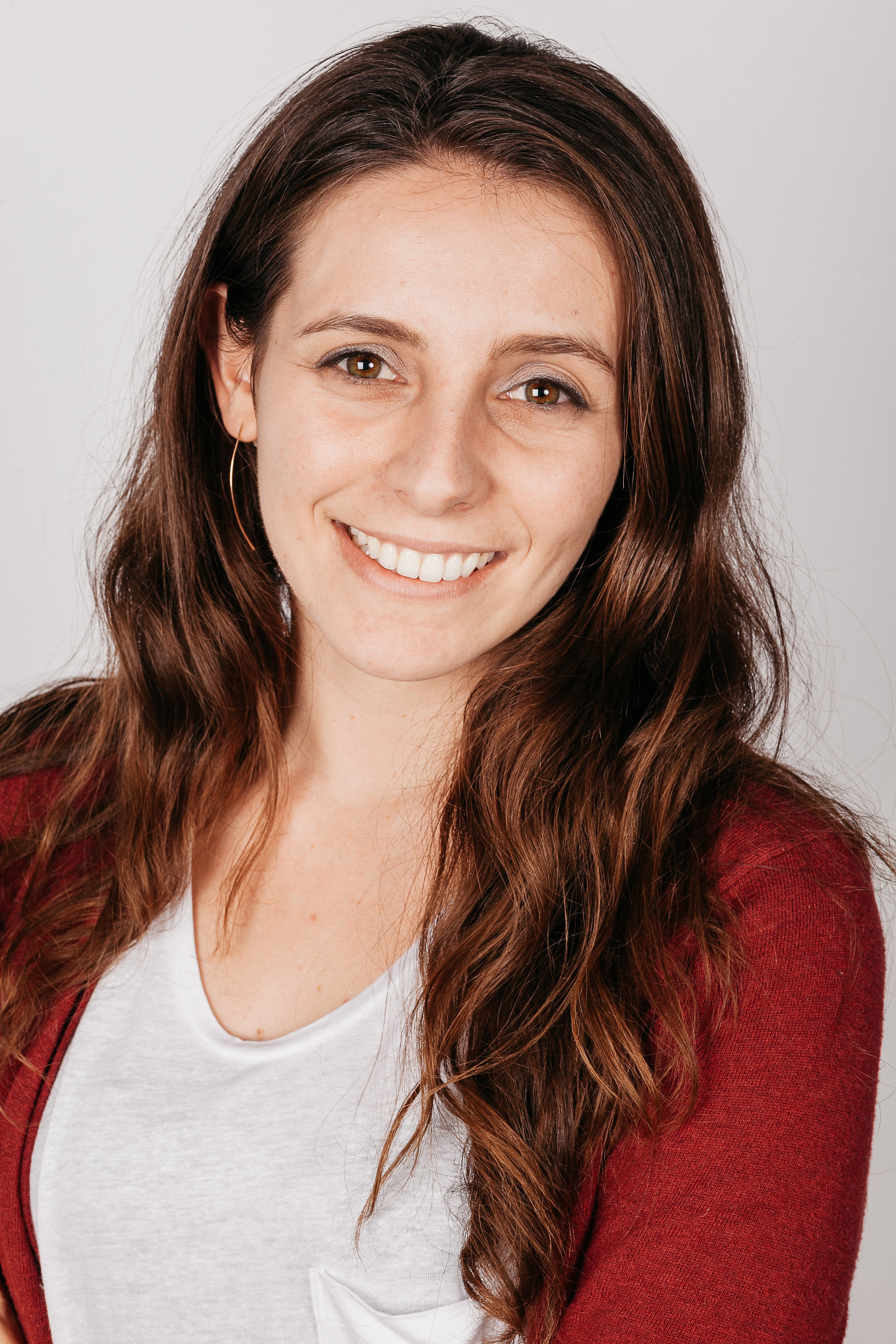 "The Green-Eyed Lama" (2008) is an award-winning and best-selling novel written by Oyungerel Tsedevdambaand Jeff Falt. Originally published in Mongolian, the book chronicles the romance between Sendmaa, a young belle in the countryside, and Baasan, a monk in the lamasery, as they try to cope with the turmoil of political purges, terrible massacres and mass executions of thousands of innocent lamas...   More >

The Copper in My Cooch and Other Technologies

Presented by the Berkeley Center for New Media

In her talk, artist Marisa Morán Jahn weaves together her interest in creative technology as myth-making and her practice of codesigning with and for historically underserved communities (specifically low-wage workers, immigrants, youth, and women). She draws from her background as an...   More >

Rebecca Whittington | Tug-of-Ear: The Play of Dialect in Modern Bengali and Tamil Literature

Lawrence Cohen, Professor in Anthropology and South and Southeast Asian Studies and the co-director of the Medical Anthropology Program

A talk by Dr. Rebecca Whittington on an understudied aspect of modern South Asian literature: the representation of dialect and colloquial language.

Today, the Hydro Flask is one of the most used water bottles around the world, with its application of vacuum technology to an everyday, durable, and visually appealing product. During his talk, Travis will walk through his experience with the company and provide his insights for young entrepreneurs.

The Kiutu incantation-prayers: Or a literary genre inspired by a single composition

The Sumerian Kiutu incantation-prayers addressed to the sun god Utu constitute a small genre of roughly 20 texts, but which includes compositions that are very different from each other. Since these texts were categorized as such according to ancient criteria, the modern reader would face the following question: Why were so different texts labeled in the same way? This talk will analyze the...   More >

About the Speaker:
Mary Power's research interests center on river food webs. She has studied interactions among fish, birds, invertebrates, and algae in temperate and tropical rivers, and has a particular interest in how attributes of species affect food web structure and dynamics, and how strengths of these interactions change under different environmental regimes. Her team has studied, for...   More >

Townsend Book Chat with Michael Lucey: Someone: The Pragmatics of Misfit Sexualities, from Colette to Hervé Guibert

Townsend Center for the Humanities

Imagine trying to tell someone something about yourself and your desires for which there are no words. Lucey examines characters from 20th-century French literary texts whose sexual forms prove difficult to conceptualize or represent.

Join UC Berkeley Master of Engineering students for an executive speaker series with leaders from different technology industries. The technology industry forms a vital part of the Northern California economy and these sessions provide an opportunity to deepen your understanding and connections. Engage with innovative leaders from top companies, deepen your industry and functional knowledge and...   More >

Heather Boushey | Unbound: How Inequality Constricts Our Economy and What We Can Do about It: IRLE Speaker Series

Institute of Research on Labor & Employment

Do we have to choose between equality and prosperity? Heather Boushey insists that rising inequality actually undermines growth. She will discuss how we can preserve the best of our nation’s economic and political traditions by pursuing policies that reduce inequality—and by doing so, boost broadly shared economic growth.

Rivera and the Detroit Murals: A Personal Journey

March 1932 was not a good time to come to Detroit. Diego Rivera and Frida Kahlo arrived in the city in the midst of a plummeting economy and social upheaval. The artists painted during grim economic times, yet Rivera’s dream of a popular international art has found an enthusiastic new audience, and Kahlo has become iconic throughout the world. In this talk, Harley Shaiken will explore the ways in...   More >

Diego Rivera and Frida Kahlo kiss on the scaffolding in Detroit. (Photo courtesy of the Detroit Institute of Art.)

Research Transparency and Reproducibility in Economics and Beyond: UC Berkeley Economics Departmental Seminar

Full details about this lecture are posted here: https://bids.berkeley.edu/events/research-transparency-reproducibility-economics-and-beyond

Two leading experts will speak about the economic and social implications of a growing global cannabis industry.

The Distinguished Lecture in Astronomy: From Spinning Black Holes to Exploding Stars: New Views on the Energetic Universe

Using space-based telescopes that image the cosmos in high energy radiation, Professor Harrison is exploring the densest, hottest, and most energetic regions in the Universe. These observatories are helping us to understand how black holes grow, how the elements that make up life are forged in extreme environments, and how matter behave in conditions beyond any we can create on Earth.

Melodie Yashar shares insights from her work as a design architect, researcher, and cofounder of Space Exploration Architecture (SEArch+), a group building upon a ten-year portfolio of academic space research and practice developing human-supporting concepts for space exploration. In 2015 SEArch+ was awarded the top prize in...   More >

Freedom Farmers: Agricultural Resistance and the Black Freedom Movement revises the historical narrative of African American resistance and breaks new ground by including the work, roles, and contributions of southern Black farmers and the organizations they formed. The book traces the origins of Black farmers’ organizations to the late 1800s, emphasizing their activities during the...   More >

Vaccine-preventable diseases are at the forefront of public health debates in 2019. The U.S. Centers for Prevention and Disease Control recently reported that the current measles outbreak – the worst in the United States in 25 years – has spread to 1,022 cases in 28 states since September 2018. More than 50 patients have been in California, but most have been in New York State. Recent laws and...   More >

Roving Revolutionaries: Armenians and Connected Revolutions in the Russian, Iranian, and Ottoman Worlds

Three of the formative revolutions that shook the early twentieth-century world occurred almost simultaneously in regions bordering each other. Though the Russian, Iranian, and Young Turk Revolutions all exploded between 1904 and 1911, they have never been studied through their linkages until now. Roving Revolutionaries probes the interconnected aspects of these three revolutions through the...   More >

Epistemology of the Crosshatch: Towards a Creative History of the Early Modern Hand: Seth Lerer

Townsend Center for the Humanities

Seth Lerer, Distinguished Professor of Literature at UC San Diego, examines how cross-hatching — the controlled marking of parallel lines — became the great technique through which visual artists of the early modern era discovered the representation of physical and emotional reality.

Chandrika was the first Indian-American woman elected to Partner at McKinsey and Company and the Founder of Tandon Capital. She is a recognized leader in the worlds of business,...   More >