Participate in conversations around partnerships and bridge relationships across the healthcare landscape to shape our industry for the future at the 10th Annual Berkeley Haas Healthcare Conference. Join us for an exciting day of dynamic panels, keynotes, startups pitches and a networking reception. Keynote speakers include Dr. Sara Kennedy, Medical Director of Planned Parenthood Northern...   More >

The UC Celtic Studies conference is held in the spring of each year. The conference's site alternates between the Berkeley and Los Angeles campuses. Sessions focus on all aspects of Celtic culture, including language, literature, history, art and archaeology, from late antiquity until the present day. The conference draws scholars from throughout the United States and abroad.

A Symposium on New Directions in African Diasporic Art Histories co-organized by the Department of African American Studies and History of Art.

Become a raindrop and go on an interactive adventure through a water-cycle-themed maze. Have fun riding the Watershed Zip Line, walk through a giant wetland, and snap a pic of your family "swimming" with the dolphins—all while developing a deeper understanding of your place in the water ecosystem.

$10–12 Water's Extreme Journey is included with your admission. Free for members.

Water's Extreme Journey at the Lawrence Hall of Science

The Entomology Students' Organization is pleased to present the Essig Brunch, UC Berkeley's only entomology-themed seminar series. Join us once a week to hear about exciting new research on a broad range of insect-related topics, from evolution to conservation to ecology to pest management, and much more. Refreshments are provided and all are welcome!

Our own Thomas Langlois will present his work on, "Uncovering visual priors in spatial memory using serial reproduction."

Did environmentalism help bring down the Berlin Wall? In “Ecologism and Social Justice in Three Germanies,” Timothy Scott Brown will demonstrate that it did. Examining the development of grassroots environmental politics in the Communist East and the capitalist West from the upheaval of 1968 through the early years of newly-unified Germany, the talk will trace the emergence in the 1970s and 1980s...   More >

RefWorks is a citation manager that allows you to organize citations, import them from databases, add pdfs, and insert references and bibliographies into documents (MS Word and Google Docs).

New RefWorks has a new look and feel from its previous iteration. This hands-on workshop will cover the basics of navigating the new interface, creating new citations, importing citations from various...   More >

ARE Seminar: On a World Climate Assembly and the Social Cost of Carbon

Celebrate Cal Performances' annual Alvin Ailey American Dance Theater residency with our now-annual community flash-mob style dance in front of Zellerbach Hall. Put on your best white outfit and show off your "Wade in the Water" moves (fresh from a morning workshop) led by Ailey dancer Hope Boykin. Everyone is welcome to participate in this memorable and joyful event.

In Pixar’s Inside Out, Joy proclaims, “Do you ever look at someone and wonder, what’s going on inside?” My group asks the same question about nanomaterials whose function plays a critical role in energy and biologically-relevant processes. This presentation will describe new techniques that enable in situ visualization of chemical transformations and light-matter interactions with nanometer-scale...   More >

Join us for a free, docent-led tour of the Garden as we explore interesting plant species, learn about the vast collection, and see what is currently in bloom. Meet at the Entry Plaza. 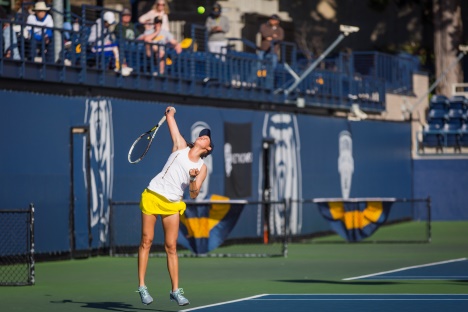 Metal-ligand chemistry is shown to be a pivotal tool in the control of multimetallic nanoparticle formation, structure, and emergent properties. Specifically, small molecule ligand chemistry is used to mediate the incorporation and distribution of metals in and on discrete, colloidal nanoparticle substrates, as well as modulate their emergent optoelectronic features once formed.

I will discuss a result of Alper, Hall, Rydh (2015) which shows that, at any point with linearly reductive stabilizer group, an algebraic stack is étale-locally a quotient stack of an affine scheme by the stabilizer.

Many nanomaterials (e.g. graphene, metallic nanowires, and ceramic nanospheres) exhibit extraordinary strength, ductility and flaw tolerance. These nanoscale size effects can be transmitted to the bulk by arranging nanostructures in 3D hierarchical architectures with optimized structural topologies, but these nano-architected structures are challenging to construct using conventional...   More >

In this third presentation, we discuss tunneling behavior of several random processes, such as random walks in a potential field, the Potts model and the zero-range processes.

On Fridays at 3:00 during the semester, the CMES hosts an informal weekly coffee hour and guided discussion of current events in the Middle East and North Africa, open to all and free of charge.

Digital Technologies and the Future of Qualitative and Interpretive Analysis

Digital technologies, digitized data, and computational methods are expanding the capacity for social scientists and humanists to do quantitative data analysis, but these methods are also changing the way we to qualitative and interpretive analysis. These two talks will explore ways digital technologies and computational methods can be integrated into qualitative and interpretive projects in the...   More >

We consider the following three models from statistical mechanics: the asymmetric simple exclusion process, the stochastic six-vertex model, and the ferroelectric symmetric six-vertex model. It had been predicted by the physics communities for some time that the limiting behavior for these models, run under certain classes of translation-invariant (stationary) boundary data, are governed by the...   More >

Bayesian Optimization and Self Driving Cars

Abstract: An important property of embedded learning systems is the ever-changing environment they create for all algorithms operating in the system. Optimizing the performance of those algorithms becomes a perpetual online activity rather than a one-off task. I will review some of these challenges in autonomous vehicles. I will discuss active optimization methods and their application in...   More >

With an introduction by Sharon Lockhart

Photographer and filmmaker Raymond Depardon (Profiles Farmers: Daily Life) returns to the remote French countryside to talk with farmers, people of few words and a passion for the land. He travels down narrow rural roads to isolated farms—roads less and less traveled as the older generation die off and both young and old farmers sell their livestock,...   More > 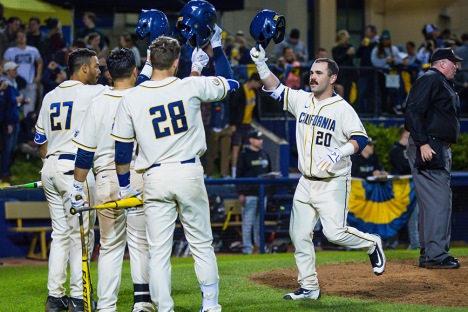 
Established in 1923, the UC Berkeley Symphony Orchestra is the oldest performing arts ensemble in the University of California system. Throughout its long history, the orchestra has provided students and other members of...   More >

Buy tickets online or by calling 510.642.9988, or by emailing tickets@calperformances.org

A pillar in the American arts landscape for more than a half century, the revered Alvin Ailey American Dance Theater returns for its annual residency, with a bold mix of new and recent works as well as timeless Ailey classics, including his unforgettable and uplifting Revelations. "Restraint and release, spirituality and energy: they are all there in Ailey's masterpiece, Revelations" (Financial...   More >

Tickets go on sale August 9. Buy tickets by calling 510-642-9988, or by emailing tickets@calperformances.org

Love and Pride: A New Musical

With an introduction by Sharon Lockhart.

A double tide refers to that rare occurrence when a low tide occurs twice within one span of daylight hours, at dawn and at dusk. Films depicting the act of labor are about as rare, outside of Sharon Lockhart’s oeuvre. Here, in two extended takes, she portrays a sole woman clam digger as she works in the mudflats on the coast of Maine. Lockhart’s roots...   More >

Protecting the New Wonderland: The Origins of the National Park Service

Signed by President Woodrow Wilson in August 1916, the Organic Act created the National Park Service, the federal bureau that protects our national parks and monuments. Several UC Berkeley alumni with conservationist interests and the 1915 Panama-Pacific International Exposition in San Francisco played key roles in its development. This exhibition explores the origins of the NPS with materials...   More >

Beyond Tintin and Superman: The Diversity of Global Comics

You are invited to this exhibit of comics and graphic novels owned by the UC Berkeley Library. These materials often reflect the socioeconomic, ideological and political realities of the societies in which they are produced. To highlight these diverse realities, and to celebrate our differences, this exhibit presents a selection of comics and graphic novels published in many countries.

Marking the 80th anniversary of the beginning of the Spanish Civil War, the exhibition Guerra Civil @ 80 features selections from The Bancroft Library's Veterans of the Abraham Lincoln Brigade, Bay Area Post records and photographic collections, along with posters, books, pamphlets, and other ephemera. A visual and textual display of the struggle to defend the Second Spanish Republic, the...   More >

Photographs from the celebrated War Ink Project will be on display in Berkeley’s Doe Library in November. The exhibit features striking images of tattoos that express the impact of combat experiences on California veterans. Jason Deitch, co-creator of War Ink and a Cal veteran, hopes the display will “bridge the divide between the veterans and civilian communities.” The project is “both exhibit...   More >

Cinema’s radical streak goes back to its earliest beginnings, but the period explored in Hippie Modernism: The Struggle for Utopia was an unusually fertile time for politically charged, aesthetically innovative filmmaking. Encompassing documentary, fiction, and experimental cinema—often in the course of a single feature—the films in this series intersected with and...   More >

Designs from a Distance

CLOSES May 19. This exhibit features design and planning projects on six continents by architects based in the San Francisco Bay Area and held by the Environmental Design Archives.

This exhibition highlights a collection of Brazilian chapbooks or Literatura
de Cordel in the Moffitt Library. These chapbooks are still produced for
mass consumption in the Northeastern Brazil. These are called literature de
cordel as they are hung from a cord in the book-stands so that the consumers
can browse them and select them according to their desires. There are
several themes that...   More >

Jun Kamata, Associate Professor at ASIA University in Tokyo, has published eight books in Japan. This exhibit includes 25 of his photographs of the Pomo people of northern California. Kamata holds a BA in Native American Studies from UC Berkeley, an MA in American Indian Studies and a Ph.D. in urban planning from UCLA.

BAMPFA’s current commission for the Art Wall showcases the work of Lawrence Weiner, a central figure of Conceptual art. Like many other artists working in the late 1960s and ’70s, Weiner is deeply interested in methods of display that challenge the assumption that the work of art exists as a discrete object in the physical world.

Weiner decisively turned to language as the material object for...   More >

Never before the creation of the State of Israel did Jews of so many origins live together, and in such a stimulating environment, as they did in the land they soon started calling in Hebrew i-tal-yah, an “Island of Divine Dew”. The exhibition highlights Italian Jewish art and artifacts from The Magnes Collection.

The Power of Attention: Magic and Meditation in Hebrew "shiviti" Manuscript Art

Created from the early-modern period and into the present, shiviti manuscripts are found in Hebrew prayer books, ritual textiles, and on the walls of synagogues and homes throughout the Jewish diaspora. Wrestling with ways to externalize the presence of God in Jewish life, these documents center upon the graphic representation of God's ineffable four-letter Hebrew name, the Tetragrammaton, and...   More >

From the Photographer’s Archive: Roman Vishniac

The work of Roman Vishniac (1897-1990), a Russian-born photographer, most notable for his documentary photographs of Jewish life in Eastern Europe in the years immediately preceding its destruction, has been celebrated in exhibitions and publications since the 1940s. Following the photographer's death, his daughter, Mara Vishniac Kohn, became the executor of Roman Vishniac’s estate. In 2007, the...   More >